Cannot be used with Diurnal Sect. Shares a recast timer with Diurnal Sect. Gravity 52 3 2. Malefic II 54 2. Effect granted to party members upon entry differs depending on active Sect. Can only be executed whn a Sect is active. Effect ends upon using another action or moving. Duration: 4s Also extends duration of beneficial effects cast on self and party members by 5 seconds.

Leave a Reply Cancel reply Your email address will not be published. Deals unaspected damage with a potency of Restores target's HP. Duration 15s. Reduces cast times for spells by 2. Reduces enmity generation. Restores own HP and the HP of all nearby party members. Cure Potency: Draw a card from your divining deck. Ewer and Spire: Doubled duration. Restores HP of yourself and nearby party members.

Generate and aetheric bond with target party member. Shown as a circle with bull's eye on your buffs. Rule of thumbs that I use anyway : Enhanced has a CD value of 0. The rest would be a bonus but not of the same value As for practical value, depends on the use and situation. General Rules - You cannot stack the same buff from the same sect, so if you are in a party with another AST, decide who will be in what sect. D-: - Out of the two, Diurnal is going to generate the most aggro.

Throw it on the party after they take damage, then use the regular Helios to heal anymore group-wide damage until the HoT wears off. I will get you if you do. Don't let what people say about Nocturnal Sect scare you, it is far from useless, it just has a few things that limit its usefulness:the shields lack any synergy with your other skills, like Time Dilation and Celestial Opposition and they are by no means going to replace SCH's. 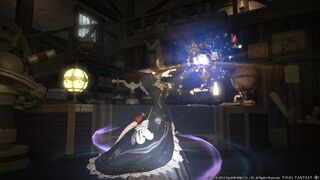 However, that doesn't mean Nocturnal Sect doesn't have it's uses. An important note about Nocturnal Sect is about its shield multiplier: While SCH's shields are always x2 the amount healed when they are a crit, Nocturnal Sect's shields will always be x1. Aspected Benefic : Healing Potency of This functions like Adloquium, only it's instant cast.

Use it to cap the tank or a person who is about to take a lot of damage to mitigate the damage, never spam it. You can use it like an oGCD heal to help cap someone if you have to use your main heals on someone else. Aspected Helios : Healing Potency of Exactly like Succor.

Last for 15 seconds. These are your main healing tools. If they are lower, use Benefic II. Only use the Benefic II's proc if a target needs a big heal. I would also suggest Drawing and Shuffling your cards before using, just in case you get a Spear, so you can lower that cooldown. Shroud just flat out reduces the user's aggro by half. Ewer Card's Priorities 1. Royal Road 4.

Be nice. While the MP cost reduction is nice, Lightspeed should first-and-foremost be used as a speed and mobility tool. Boss going to use a party-wide AoE, multiple times? Then regular Helios on the remaining hits.

Need to move out of an AoE but also need to heal the MT before a tankbuster? Slap Lightspeed on. An important note about Lightspeed, it does NOT effect recast times. Lasts for 20s. Synastry can be a very useful tool that should be used: A During a time you need to increase your heals. This could be two members dealing with a mechanic, one dealing with the mechanic and the other is tanking, or the main tank and off tank both have to tank something.

An important note about Synastry and its potency boost is that it only effects Spells, not abilities. So Essential Dignity and Collective Unconscious are not effected by it. Usually, you will use Synastry for the first reason simple because if two party members are getting hurt, the rest usually are too.

Both of Synastry's effects can be lengthened by Celestial Opposition, while only the healing effect on another party member can be lengthened by Time Dilation. In my opinion, this is much stronger then Virus and Super-Virus, in terms of lowering damage and can be re-applied whenever. However, it requires good timing to use because using too soon will result in it disappearing before the attack goes off. The most efficient choice for me personally is picking any other class that starts in Limsa, Marauder or Arcanist, then switch to Rogue when able. New players wanting to train in the blade of SAM have to level up another combat class to Level 50 first… Technically, the fastest way is to level up a tank or healer to take advantage of faster queues —.

I always advise going for a similar role on your journey. Soloing, for example. New players wanting to control deez SMN pets are in luck. New players itching to be an Axe-wielding WAR, fret not! New players who want to go straight to WHM are in luck. I leave FFxiv, and i want to play again, as a red mage.

I have a dragoon lvl 45, if a level him to 50, can i take the red mage quest? TY for all. See our RDM leveling guide on where to unlock this class. The level requirements your guide posted for the Stormblood classes is incorrect. Is there some thing that i missed? The quest chain should have led you to him during your level 30 class quest. Costa Del Sol, Curious Gorge. What is this all about?

There are rumors that this system will change and will require a third class before being able to reach an advance class.